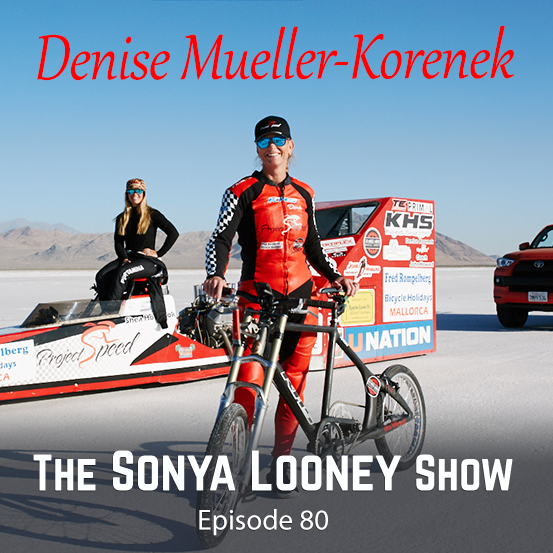 Have you ever driven your car 184 mph? I haven’t either.  Imagine… going 184 mph on a bicycle.  Would you be scared?  “That’s impossible” you might think.  I had never heard or imagined anyone going that fast on a bicycle. It seemed like you just wouldn’t be able to do that.  Imagine my surprise in September when I met a woman who had done it.  Enter Denise Mueller Korenek.  On September 16, she clocked the fastest time EVER to be ridden on a bicycle: 183.932 mph to be exact.  She did this at Utah’s Bonneville Salt Flats with a very large front chain ring drafting behind a dragster. Imagine being inches off the back of a dragster at that kind of speed? 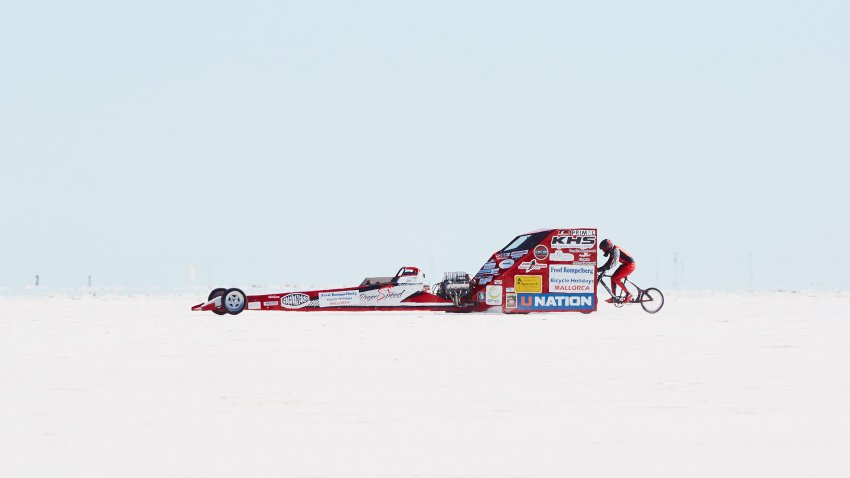 It wasn’t her first world record either.  The 45 year old mother of three set the fastest female speed record in 2016 at 147.75  mph.  That wasn’t enough, she went back for more and her current record is the fastest anyone has EVER ridden a bike.  Denise is no stranger to grand achievements.  As a racer in her junior days, she started collecting national champion jerseys in her closet.  However, she hung up the bike for nearly 20 years before finding it again.  Inspired and fired up, she ended up training again and scoring a few more national champ jerseys, this time as a masters rider.  With her vision, confidence and cycling fitness in the stratosphere, she set out to ride… insanely fast. With the help of her coach (who also had a speed record at one point) and a female race car driver (Shea Holbrook), they did it.  Twice.   This conversation is powerful.  We go deep into not only the logistics of how to actually ride a bike that fast and what equipment and training you’d need, but we went into the psyche of fear and self-belief.  And to be going so fast where you’ll likely die if you make a mistake, there is an insane amount of focus and attention. 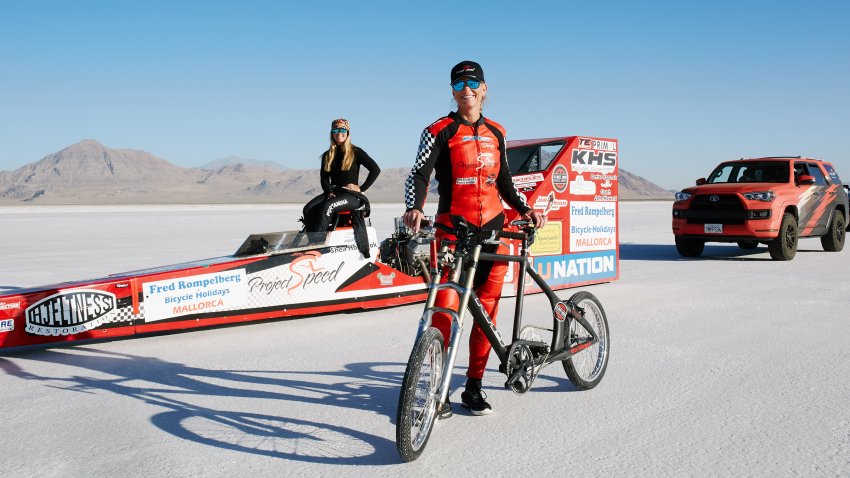