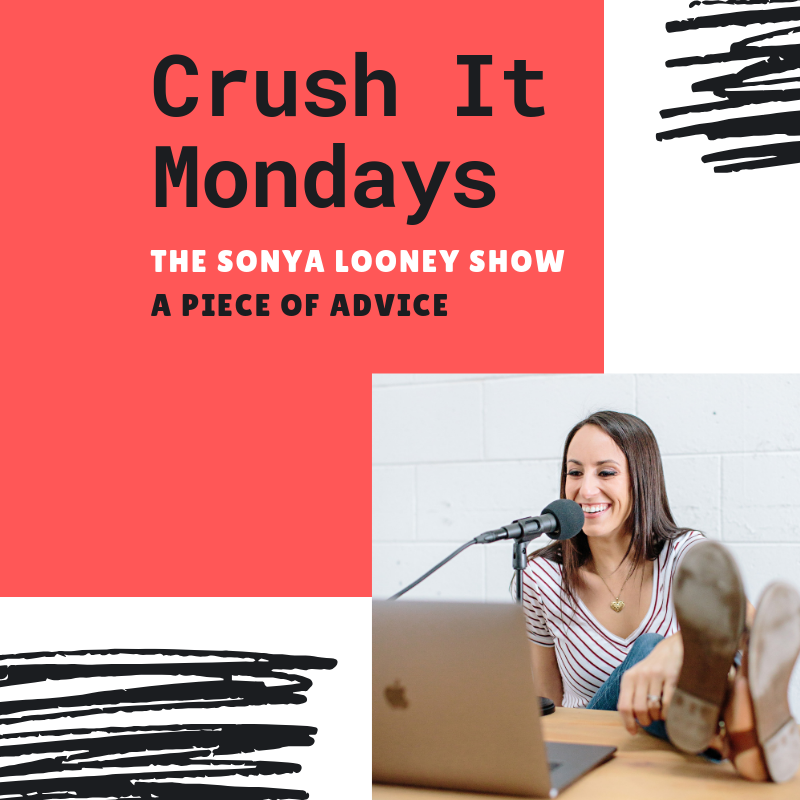 A Piece of Endurance Race Advice

This is an episode of Crush It Mondays.  Each week, I’ll bring to you an inspiring message, habit, or contemplation to get your week off to a powerful start.  In this week’s episode, I want to talk about a random and awesome thing that happened in the grocery store.

I was at the grocery store admiring all the summer produce.  As a side note, I counted and there are about 10 types of fruit in my fridge right now- one of the perks of summer. As I was lost in my own thoughts, a guy came up to me and said, “Hey…Sonya?”  It turns out he knew me from my racing and my online content.  I’m always super humbled when this happens, so thank you to the guy that said hi- you made my day.  He told me he was about to leave for Europe to take on a bikepacking race. He wanted to know if I had any advice for him.  I wanted to give him something that I thought would be useful, but I kind of froze for a minute because I was caught a bit off guard!  I loved it.

The first thing that came to my mind is advice I’ve given before and experienced many times.  I told him that he shouldn’t expect to feel good all the time. He should expect to feel like the quitting at times.  I was worried it would come across as negative, but for the vast majority of people, even people who are winning a race, the thought of quitting because it’s hard crosses your mind – especially when it’s long! How many of us have asked ourselves, “why did I sign up for this?!” but then are happy when we finish and want to do it again?  I remember a long time ago… like over a decade ago, my friend and former teammate Yuki Ikeda and I were talking after a race. He did so well and I remember he told me he wanted to quit so bad.  That was the first time I realized that it wasn’t just me.  I really appreciated his honesty because if I thought about quitting, I’d harshly label myself as mentally weak. But being mentally strong is pressing on despite wanting to quit.  Being mentally strong doesn’t mean you don’t ever feel doubt, misery, or frustration.  It means you let those feelings in, accept them, and keep moving.

Now I’ll take this for another turn. I told the guy that yes, expect to have dark moments, accept the feelings, and it’s okay. However, he should expect to have extreme moments of elation, moments of raw emotion, moments where he would be overwhelmed with beauty or inspiration.  That’s what you sign up for when you are pushing yourself to the limit, especially for loooong races. It happens in short races too, but I think it’s more pronounced the longer the event because you take yourself to a place of physical exhaustion and keep going for hours and in some cases, days or weeks.  It truly shows you that thing the hard moments won’t last forever if you keep going and that they will get better.  You just have to be willing to go through the storm and come out the other side.