WOW! What a wonderful, enriching experience to travel to Germany, see the Ergon Mothership, AND go hang out at a World Cup! I had an amazing time in Koblenz and Offenburg with my German family (collegaues and teammates). I actually miss them already! I dove headfirst into German culture, sampling traditional dishes and beers. The first observation (which is pretty obvious) is almost every meal has pork and cream. Even in a spaghetti bolognese, the meat is pork. I don’t really eat a lot of pork, but I tried schnitzel and some other pork dishes.

The beers are very different from the American beers I love. When Germans hear “American Beers”, they think Budweiser, Sam Adam, Coors. CRAP. BLEH! When I think American beers, I think microbrew. I think Stone Brewery, Deschutes Brewery, Avery Brewery, Twisted Pine, Odells, Chama Brewery… I love me some american microbrews and have even more appreciation for them now that I see these beers are very unique. German beers were delicious and I felt so lucky to sample them! They are much lighter than American beers with less flavor, but I think this is actually a good thing. I have absolutely no complaints and it was so great to taste a variety! 🙂 Each town has its own special brewery too. They do not have IPA or Porter in Germany – they have pilsners, “weissbier”, wheat beers, and lagers. I never drink lagers or pilsners, but I actually enjoyed the German ones! I wonder if they do Growlers? 🙂 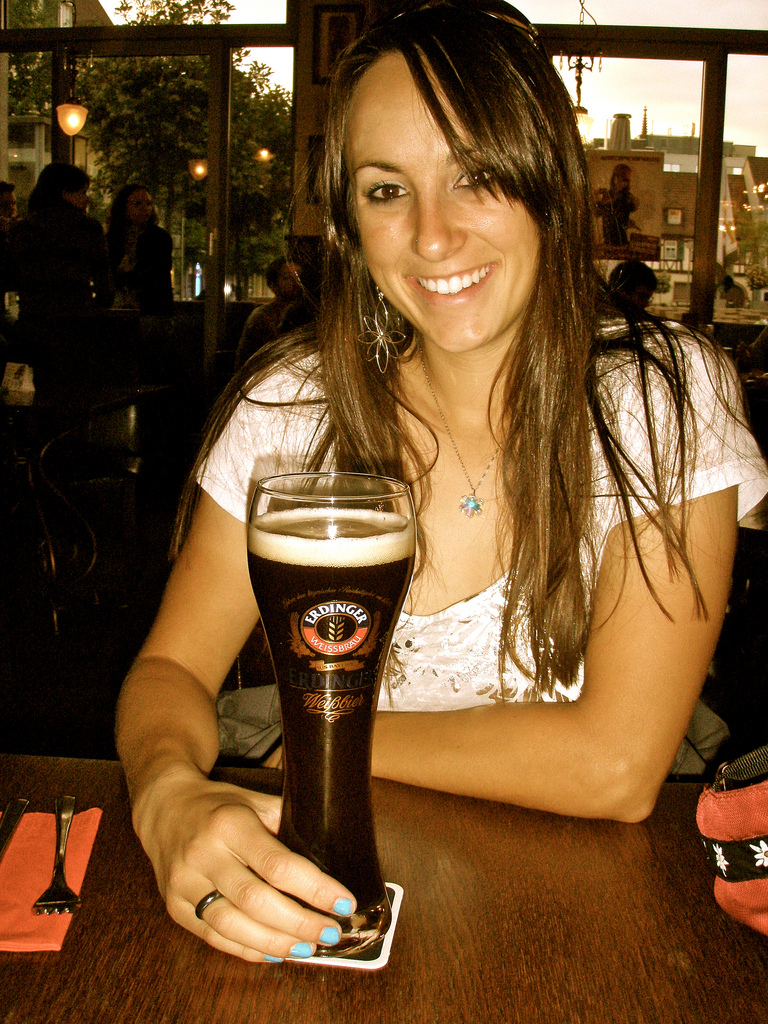 The Black Forest was so amazing. It was lush and green. Growing up in New Mexico, I still freak out when I see ivy growing on trees, or rocks completely covered in moss. We don’t have that in many places in Colorado either! Jeff and I were able to get out on a ride on Saturday. There are tons of narrow, steep roads that aren’t marked. I’d love to go stay in the Black Forest for 2 weeks and go get lost in the woods on all the roads! Pics:

Weingarten! The World Cup course was surrounded by acres of vineyards.

I was way too entertained by these sheep. They were so cute!

This is a ROAD. Narrow huh?

Kerkove is a good photographer.

I’ll let these photos digest for today, and tomorrow morning I’ll post on the WORLD CUP!!!! 🙂 I’m excited to get back to my bike and to cooking for myself today. I got back from Germany last night. I got to ride just twice for a total of about 4.5 training hours last week. That’s a big rest week(with a lot of food and drink) at sea level. I am racing Boulder Short Track tomorrow night, and the Gunnison Growler this Sunday!!! I can’t believe the Growler is here already. I hope my “airplane legs” will be good to go for the short track tomorrow, but I bet I’ll be feeling the altitude at both races this week, gasping for air. Let’s go legs, let’s go!!!!!!