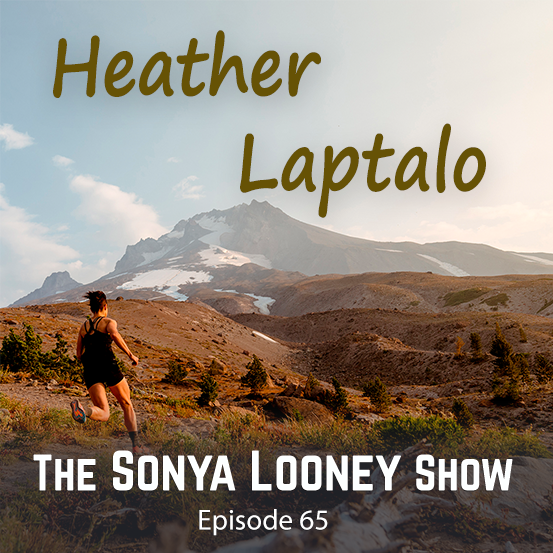 By Sonya LooneyAugust 17, 2018No Comments

Heather Laptalo has four rods in her back that currently fuse 85% of her spine and is classified as 20% disabled.  She is missing 40% of her lung capacity.  Despite doctors telling her that her athlete days are over, she has hiked Everest Base Camp, ran multiple marathons including Boston, and went to university on a full ride cross-country running scholarship.  Can’t is not in her vocabulary.

By the time Heather was 10 years old, she was forced to sleep in a heavy metal brace.  It was a cage she couldn’t escape without the help of her parents.  During the day, she ran free as a “normal” little girl.  By by the age of 13, the surgeries started because her spine was growing crooked.  Alienated from her friends for being different, she trudged on through high school with the dream of becoming a professional soccer player.  By her senior year, she had another series of surgeries.  This time became too much to bear.  The doctors told her she could never run or play soccer again.

Drowning in a sea of depression and self-pity wasn’t on Heather’s agenda, so she started walking. Then running. Then running…fast.  Her mantra of “You got this” has pushed her to beat all odds.  Now her doctors say she is a miracle.  Heather just says, “I’m not a miracle… whatever you believe you are or what you want to be, you can do it.  It doesn’t matter what physical limitations you think you may have.”

Up Your Game with Four Sigmatic:

Four Sigmatic offers medicinal mushroom coffees, hot cacaos and elixir products.  Some mushrooms have incredible health-promoting benefits like helping with sleep, immunity, energy management, and focus.  In fact, did you know that Lion’s Mane has been used by Buddhist Monks in meditation practice?  These are not psychedelic mushrooms and they aren’t the kind you’d put on your pizza.  They are used like you would an herb.  I’m enjoying the Chaga Mushroom Elixir Mix the most right now!

I’m excited about using adaptogenic mushrooms as part of my overall health strategy and recovery process.