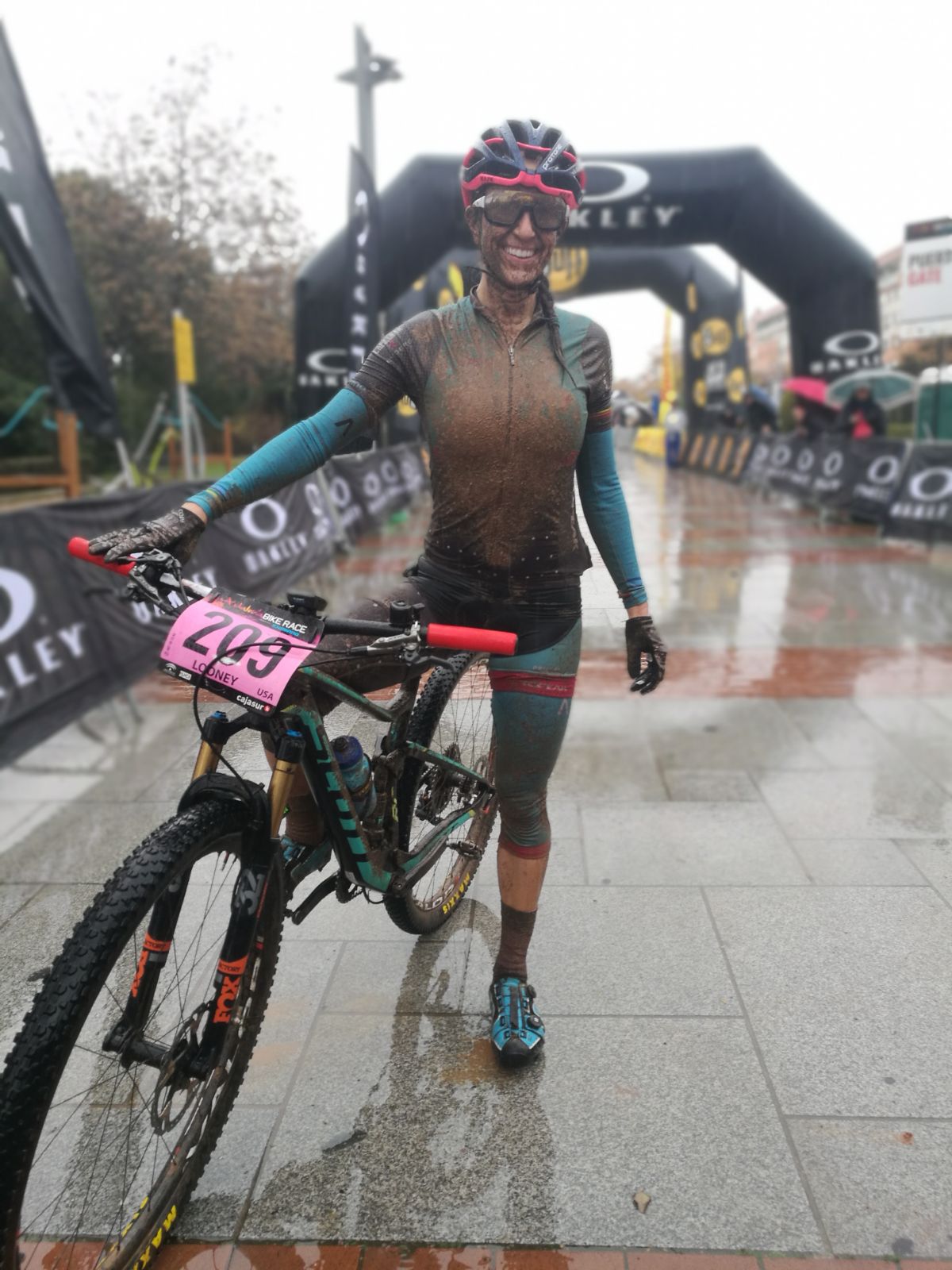 By Sonya LooneyMarch 15, 2018No Comments

It started like a normal day in the Mediterranean at Spain’s premiere stage race.  But the days to follow would be plagued with extreme rain, mud and challenges. 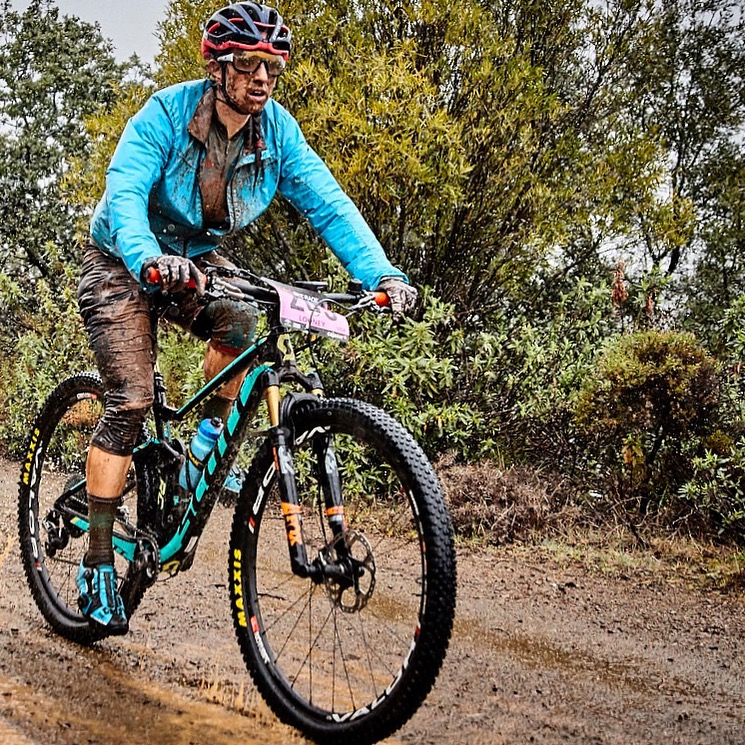 Andalucia Bike Race is a UCI S1 6 day stage race in Southern Spain. This would be Sonya’s second time at the race with her first time in 2014.  Looking to escape the harsh Canadian winter, Sonya said, “I got some great structure on my Wahoo KICKR Trainer in my garage this winter, but you never really know what fitness you have in the bank until you put a number plate on and the whistle blows.”  The Pro Women’s Field had nearly 40 racers and they would start as part of the mass start of almost 1000 riders each day. 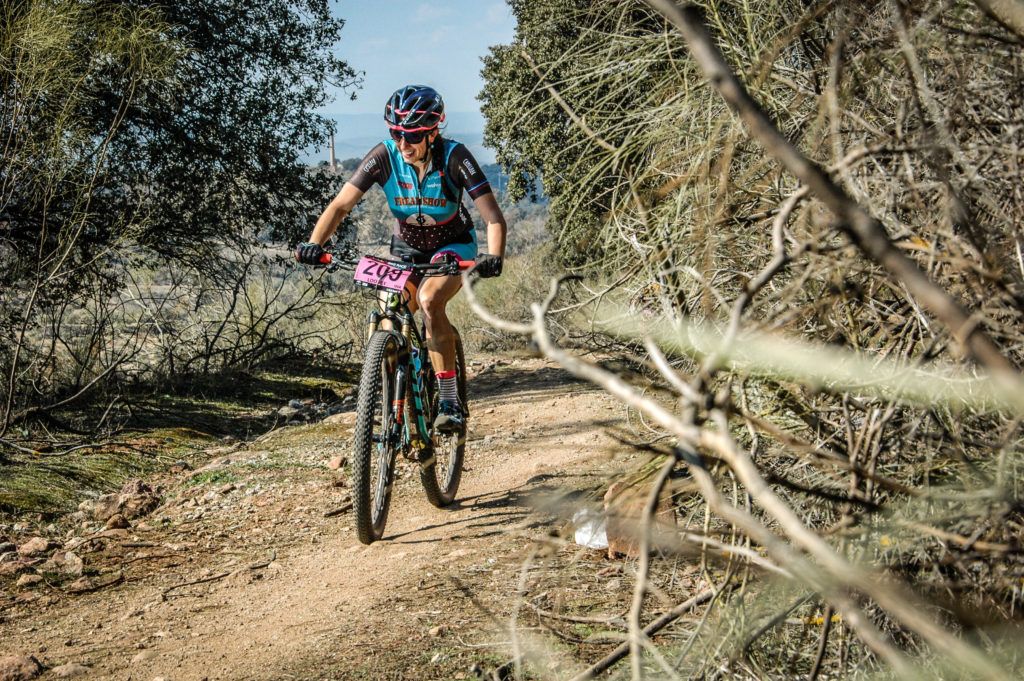 The race started with a 20mi Prologue TT.  The first 5 positions were very tight with 2nd-5th being separated by just seconds.  “I was okay with being 5th on day 1 well-knowing that there were some longer days to come.”  Day 2 offered some very steep climbs and fun singletrack.  Sonya remarked, “I really struggled- my body wasn’t working properly.  It was strange. I had pain in weird places in my quads and couldn’t get my heart rate up. There was also a lot of traffic on the trails so I had to walk in places where I’d normally make time on people.”  Hoping for a better day 3, Sonya had the same luck.  The rain hammered down all night before the stage, but skies held back during the stage. “It was really frustrating. I felt like I couldn’t race – all I could do was just ride at an endurance training pace. Hundreds of people passed me. My body wasn’t letting me push.  I had to learn to accept that it was the best I could do, but I felt demoralized and had fallen to 10th in the GC. I am normally racing for the win at stage races, so I had to eat some serious humble pie!”  Even though she was 10th in the GC, she was only 5-10 minutes off the podium.  Sonya ruminated, “I don’t know if it was the lack of outdoor riding I did before the race or if I just couldn’t shake the jet lag, but there was something wrong.  It was hard to accept it, but I had to. I had to change my mindset so that I could still enjoy the experience and try to manage my own disappointment.” 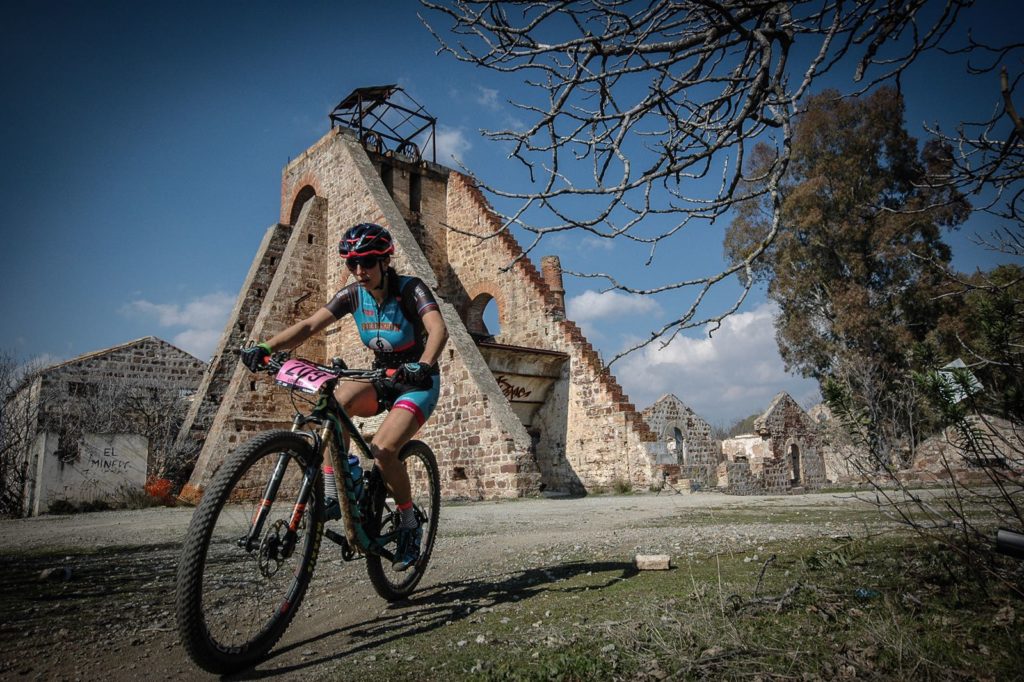 The next (queen) stage is when the weather hit hard.  The race shortened the course by 30km.  The course had rivers running down it and soul-sapping peanut butter mud.  Sonya said, “I was actually excited.  I love adventure and I thrive when it gets hard because it’s about how you can mentally process the conditions. I still had the same as usual bad legs for the first 2 hours, but then it was like a switch turned the light on.  From hour 2 to 3:20(to the race finish), my body finally was in a state of all hands on deck.  I was back. I could race like myself and it felt like I was going twice the speed.  It was a relief and I made up 4 spots in the GC.  I was super bummed the course was shortened by 30km because I needed more trail, but I understand that the call was made for the safety of the riders.” 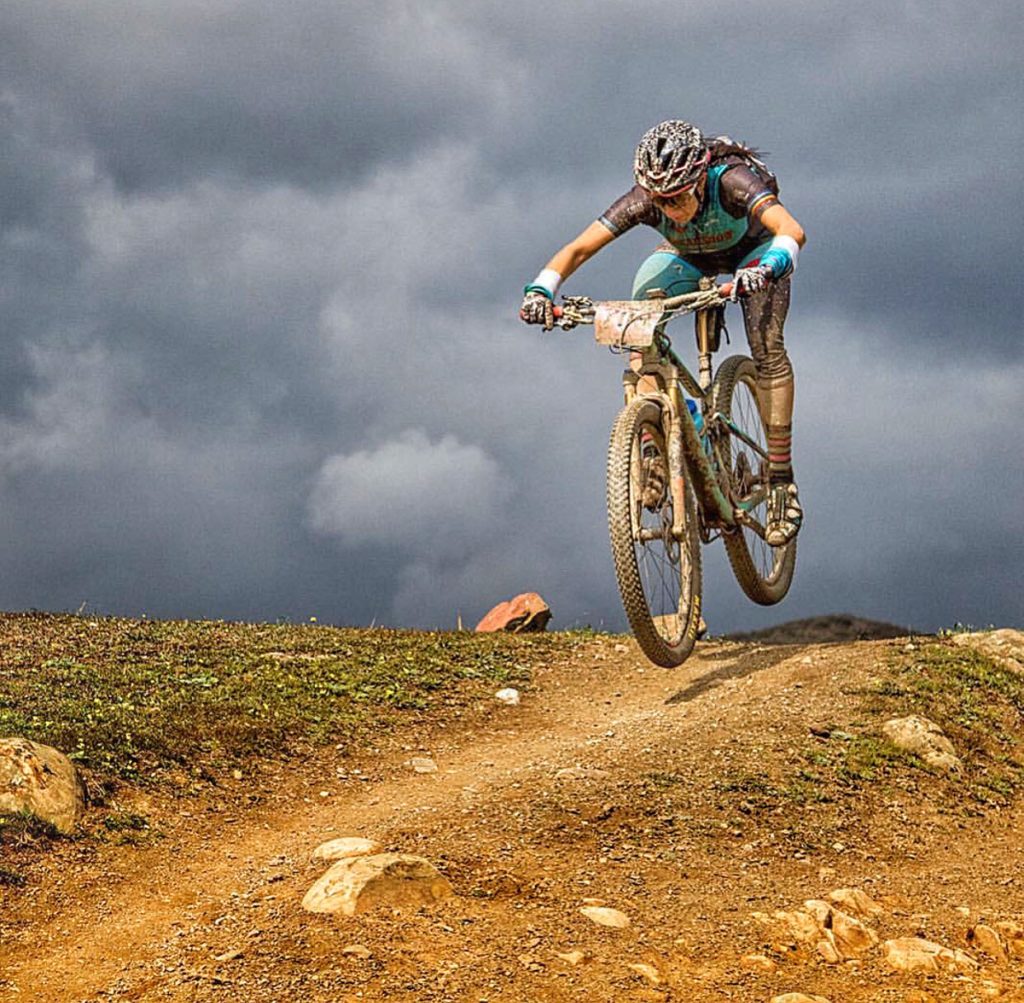 The 100% chance of rain for the remainder of the race was foreboding.  Some riders dreaded each day.  “I was happy that I had legs and the weather made things more technical and mentally difficult. Rain was going horizontal across the sky. I was ready to make my move…but then Stage 5 was totally canceled due to weather.  That left me with one day left and they shortened the last stage by about 10km because of the weather.” 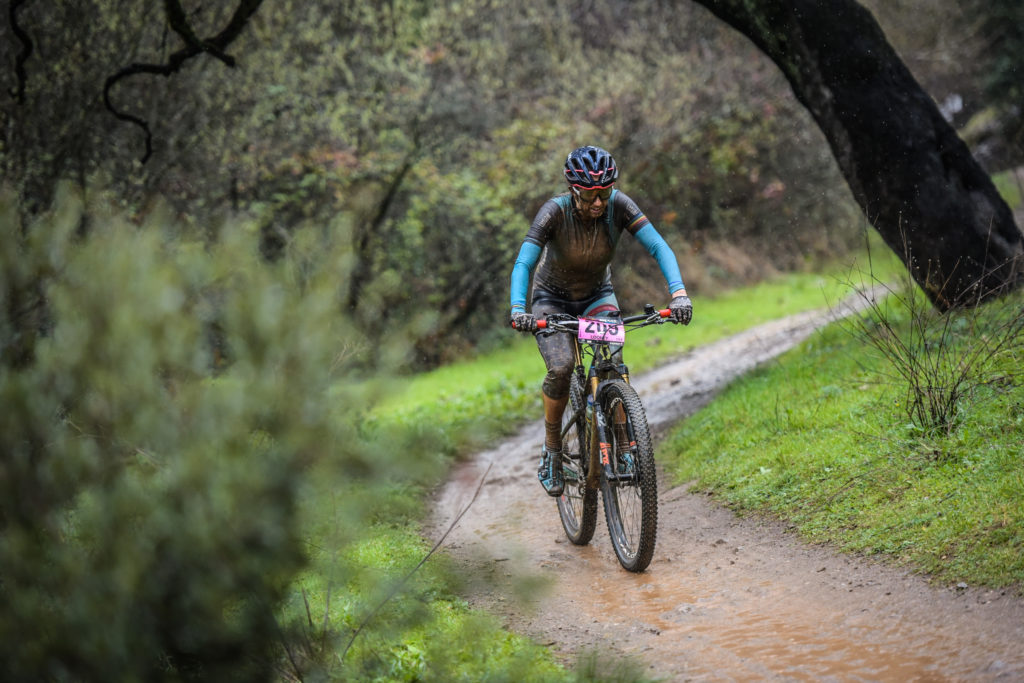 Sonya was firing on all pistons again on the last stage.  Battling with 2 other women for 2nd place on the stage, she fought hard. “I loved it!  We were covered in mud, rain was pouring down, the riding was aggressive.  Unfortunately, a group of men separated the three of us on the singletrack and I was positioned poorly.”  She dropped to 4th and finished just 20 seconds down from 2nd. 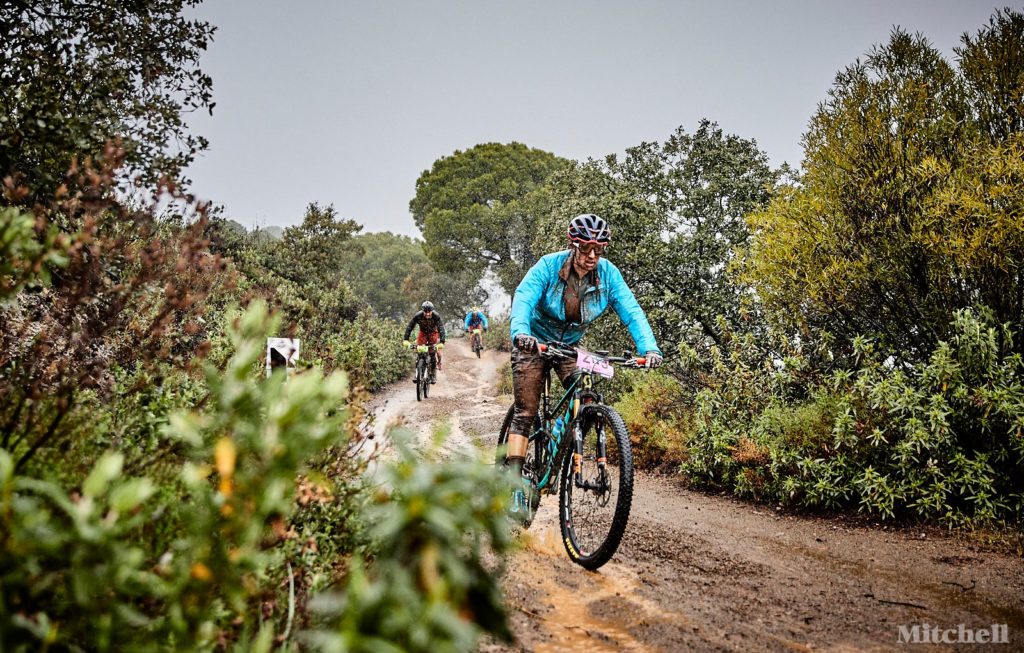 Sonya fought her way to the last podium spot of the GC on the last stage. “Right as I started feeling good and thriving, the stages started getting shortened and canceled.  That was a shame, but I was thankful that my body started working halfway through the race.  I had a LOT of fun in the mud and love technical conditions.”  ABR was a good warm-up for the season. 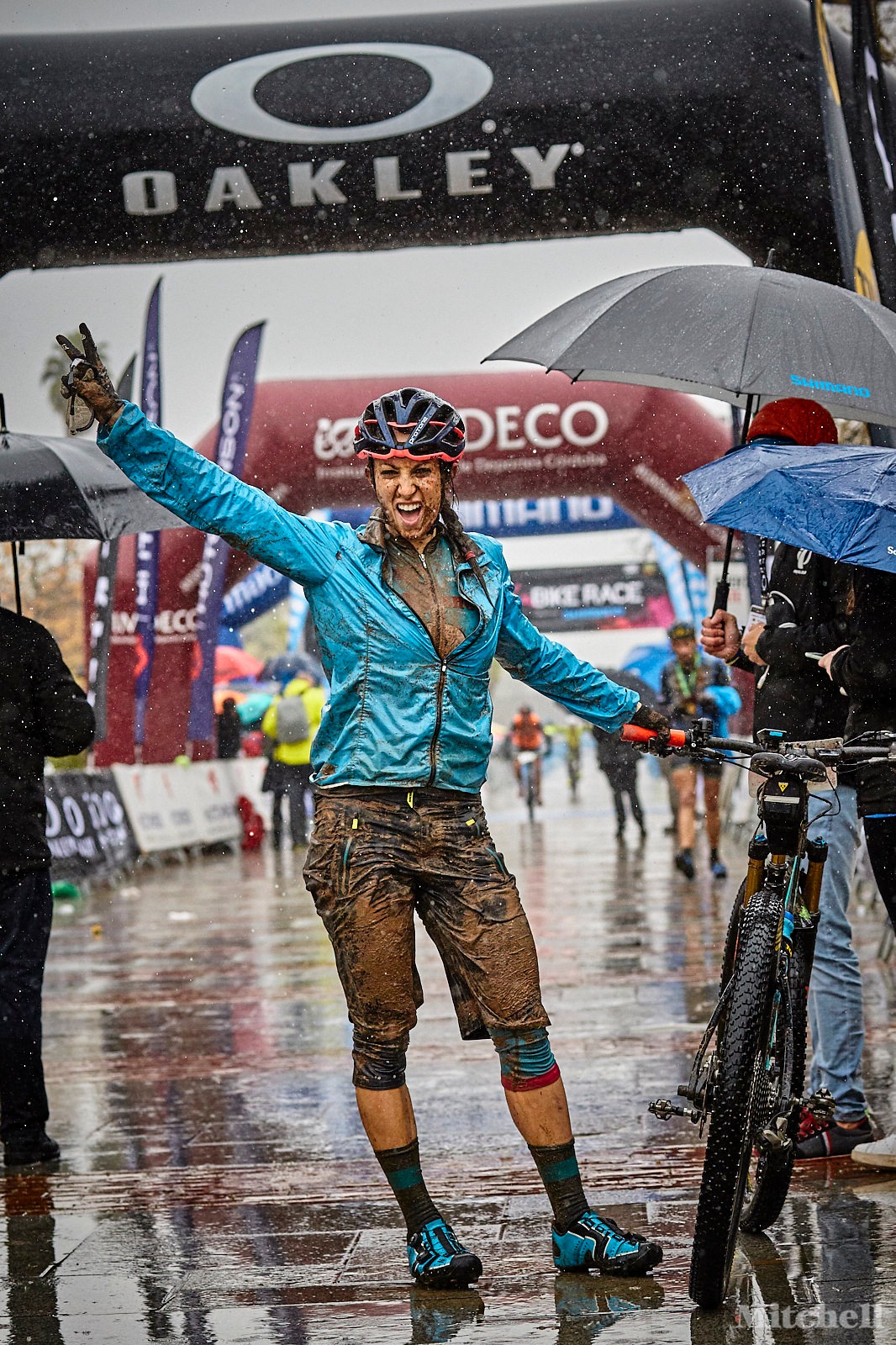 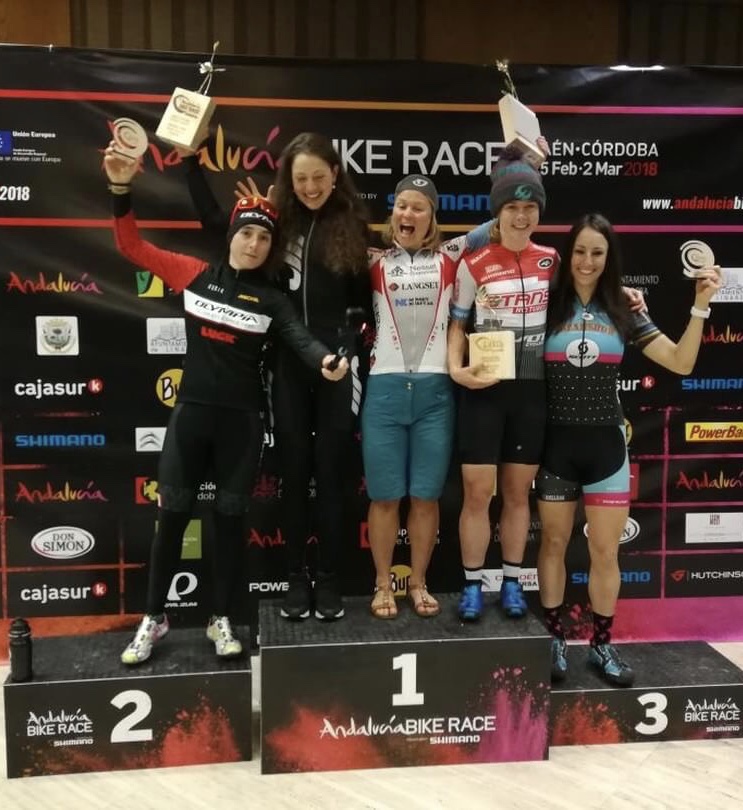 Sonya has some different one day races planned this spring in the USA, Japan, and Canada so be on the lookout!  “I also have a lot of fun things planned for my podcast and my lifestyle brand (Moxy & Grit) I’m launching very soon!”