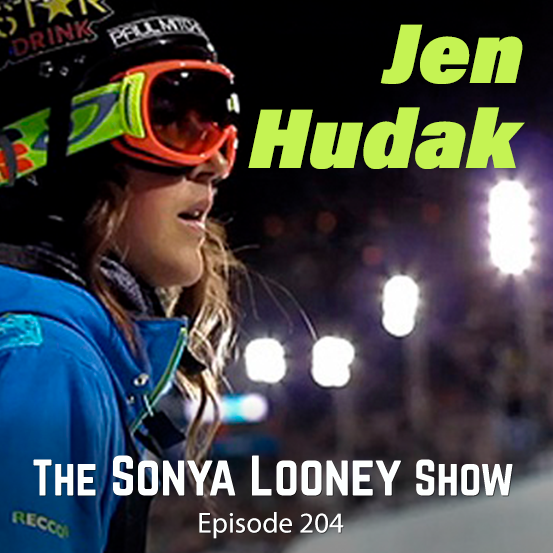 From X-Games Gold to Mom and Entrepreneur with Jen Hudak

Jen Hudak is an American freeski athlete specializing in halfpipe skiing. She is a 2-time world champion, 5-time X-Games medalist and 4-time national champion.   In 2010, she won nearly every competition there was: X-Games, US Open, World Ski Invitational, Dew Tour, and US Nationals, to name a few. But one contest eluded her: The Olympics. She had a vision that halfpipe skiing would be an Olympic sport and served as a proud advocate for the sport over her 13-year professional ski career. With the help of Jen’s efforts, halfpipe skiing made its Olympic debut during the 2014 Winter Olympic Games in Sochi, Russia.  But as she pursued her quest to add “Olympian” to her highly successful list of career achievements, the unthinkable happened.  Horrific injuries and in addition, one of her competitors dying.  She had to rethink her goals.  To make matters even harder and more devastating, her father passed away, losing in a 5 year battle with a rare form of leukemia.

The world had turned upside down on Jen.  Losing her father whom she had a close relationship with, dealing with the harsh reality of being a retired professional athlete, and feeling like she had lost her purpose was incredibly hard.

What happened next? She dusted herself off and started making new choices, one after another.  Here’s a quote I like from her website: “My life is a constant work in progress. I still struggle with balancing masculine and feminine energy, overcommitment & burnout, fully accepting myself & all my shortcomings, learning to love my body as it is (not based on physical performance or aesthetic), saying “no” with love & grace, and engaging with conflict from a place of deep compassion & curiosity.”

Jen hasn’t stopped there.  She is a new mom to baby Hudson, is the co-host of the podcast, Balanced Pursuits and Co-Founder of the teardrop trailer company, Escapod Trailers.