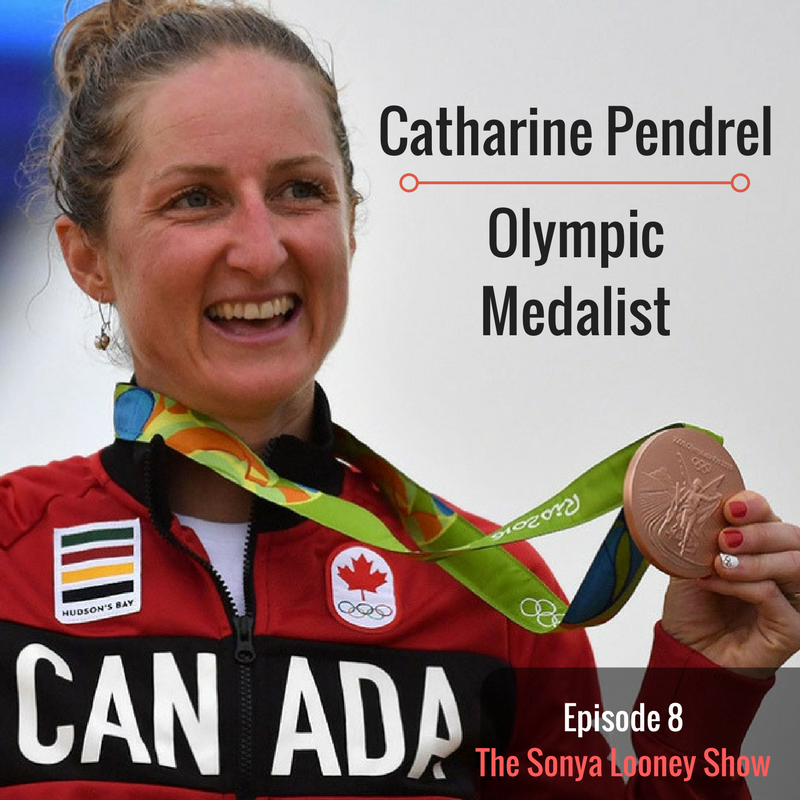 How would your approach to challenges change if you focused on giving your best effort for that moment instead of focusing what you wish the end result could be?

2016 Mountain Bike Olympic Bronze Medalist, Catharine Pendrel knows. Her plan going into the Rio Olympics was to work hard, but to show up with a mindset to ride a race she could be proud of, regardless of what the final result would be. With a crash in the first minute of her Olympic medal pursuit, she had a choice and it was to come from behind and courageously earn every second to the podium. And she took the Bronze by only 2 seconds.

No stranger, to the Olympics, Catharine competed in both Beijing (2008) and London (2012). She also is two time World XC Champion, and 3x World Cup Series Winner.

Catharine Pendrel is a model of what it means to have discipline, race consistently, constantly push the growth curve, and to keep perspective in life.   Her calm and kind demeanor almost makes it hard to imagine that she would be so lethal on a mountain bike.

Catharine believes that surrounding yourself with a supportive group of people, a positive mental attitude, and honest hard work.

Her perspective and mindset shines through on all accounts. She is the definition of class, always giving credit to her fellow competitors and never making excuses when unexpected setbacks pop up in a race.

She also talks about how to get your confidence back after a crash. She suffered a broken collarbone in both 2013 and 2014, and yet still won the World Championship in 2014.

Catharine has been a long-time team rider for the Clif Pro Team (formerly Luna). She tells us about what it’s like to be part of the strongest and longest standing women’s team in the mountain bike world.

She is also a public speaker, runs a kids racing series in her hometown, and is President of the Kamloops Bike Rider Association. 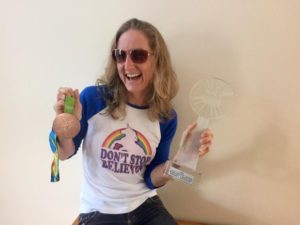 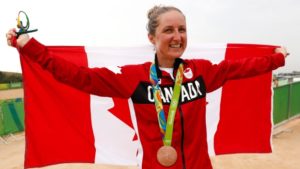 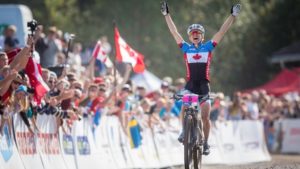 My next big race mentioned in the outro: