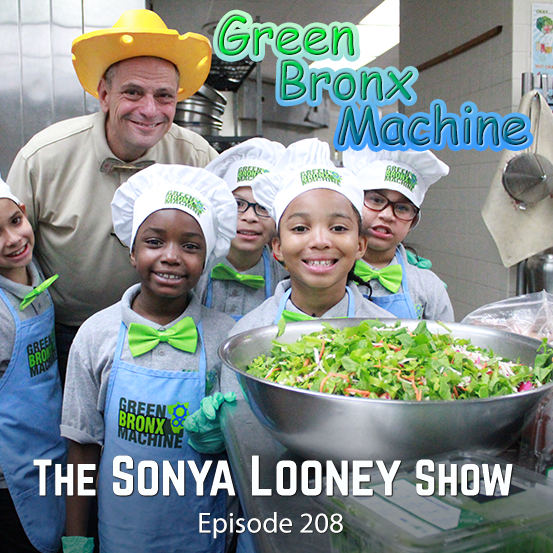 Stephen Ritz is a South Bronx educator who believes that students should not have to leave their community to live, learn, and earn in a better one. An internationally acclaimed award-winning educator, Stephen is the author of the best-selling book, The Power Of A Plant, and founder of Green Bronx Machine. Known as “America’s Favorite Teacher,” Stephen is responsible for creating the first edible classroom in the world, which he has evolved into the National Health, Wellness and Learning Center. He and his students have grown more than 100,000 pounds of vegetables in the South Bronx, and in the process, Stephen has moved school attendance from 40% to 93% daily and helped provide 2,200 youth jobs in the Bronx. Stephen was a Top Ten Finalist for the Global Teacher Prize, named Global Humanitarian, Food Tank Hero, TEDx Prize Winner and a Global Food Educator, and has presented at the Obama White House three times. A replica of his classroom was installed in the US Botanic Gardens in Washington, DC. His curriculum is being used in hundreds of schools across the United States, and internationally from Colombia to Dubai, from Canada to Cairo, to Doha, and beyond. He has even met the Pope!

To date, Stephen’s work has been featured by Forbes, Fast Company, The New York Times, The Wall Street Journal, USA Today, ABC, NBC, CBS, CNN, FOX, TNT, Disney, Discovery TV, NPR, Teach Middle East, The Gulf National, and countless others. His TED talk boasts more than 1 million views, ranks in the Top 10 Food/Education TED Talks of all time, and is used for teacher training/workforce development globally. Stephen was featured in the film adaptation of Michael Pollan’s best-selling book, In Defense of Food and appeared on ABC’s The Chew, The Rockefeller Foundation’s Food for Thought, NPR’s 50 Great Teachers, All Things Considered, and American Graduate. The State University of New York uses his curriculum to train teachers in all content areas. His recent appearance on PBS’ Growing A Greener World (Episode 808) won an Emmy Award, and he and his students were recently featured on the covers of TIME for KIDS and Scholastic Magazine. Stephen splits his time between his home in the Bronx and his residence in The Sustainable City in Dubai, UAE, where he serves as Director of Health, Wellness and Innovation for Esol Education at Fairgreen International School. Currently, Stephen is working with Anthem Blue Cross / Blue Shield to bring Green Bronx Machine programming to 22 American cities across 19 states.

He holds advanced degrees in special education, administration and school leadership, and an honorary Ph.D. from the State University of New York for his award-winning curriculum. Affectionately known as America’s Favorite Teacher, Stephen has taught extensively in elementary, middle, and high school settings has served as a school leader in a variety of capacities and has lectured at colleges and universities around the globe. Additionally, he has created workforce development programs for people of determination, disconnected youth, and second opportunity adults that have resulted in over 2,200 jobs.