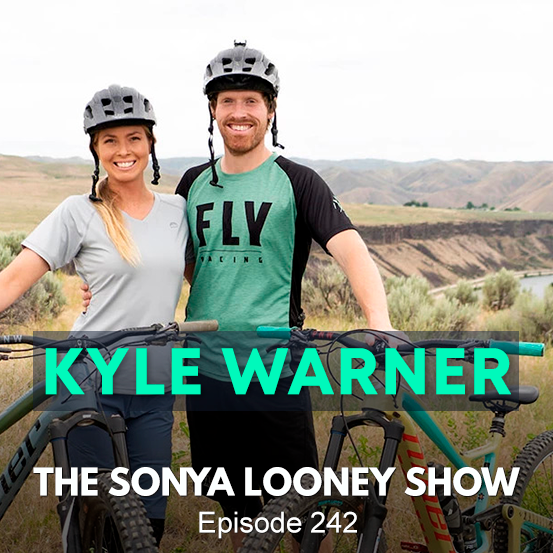 By Sonya LooneyApril 8, 2021No Comments

Kyle Warner is an incredible mountain biker, down-to-earth, and an amazing mountain bike coach on his YouTube Channel with his girlfriend, April Zastrow.

You might know of Kyle Warner from his incredible race results as a professional enduro racer or because of all the mountain bike tips you’ve learned from his Youtube Channel.  What you may not know is that Kyle’s background and rise into the sport of mountain biking is far from traditional.  He grew up helping care for his mother while she battled sickness and depression. At one point, he and his mom were even homeless, living in an abandoned house.  As a teen, Kyle started working in a bike shop, and at age 16 he got his first mountain bike. The mountain bike was like the key to a door he didn’t even know was there and it changed his life.  It gave him time away from life’s major stressors.  He ended up meeting a local group of riders that saw his passion and potential.  They mentored him and took him on his first trip out of state to race and meet other riders. Kyle says, “it was the first time I really saw myself have a “goal” in life.”

“I think that what’s cool now is I understand that every failure is just an opportunity. Like you can almost substitute the word failure for opportunity, because every time you fail, it’s an opportunity to learn or grow. A lot of times now, I’ll embrace failure -like if we do something that completely just falls apart… alright, let’s sit back and assess this and try to learn from it. instead of always being like in the victim role of things happening to me.  [I ask] what did I do to make that go wrong? I feel like that’s something I had to learn.”

After a few years, he became a Professional racer, winning the North American Enduro Championship in 2014, 2015, and 2016.  He realized his purpose was even greater and wanted to give back to the community where he grew up in Chico, CA.  He built a free public pump track for the kids of Chico, California.

And now?  Kyle and April’s mission with their Youtube Channel is to “help people from all walks of life fall in love with the sport and have access to this positive mental & emotional outlet.”