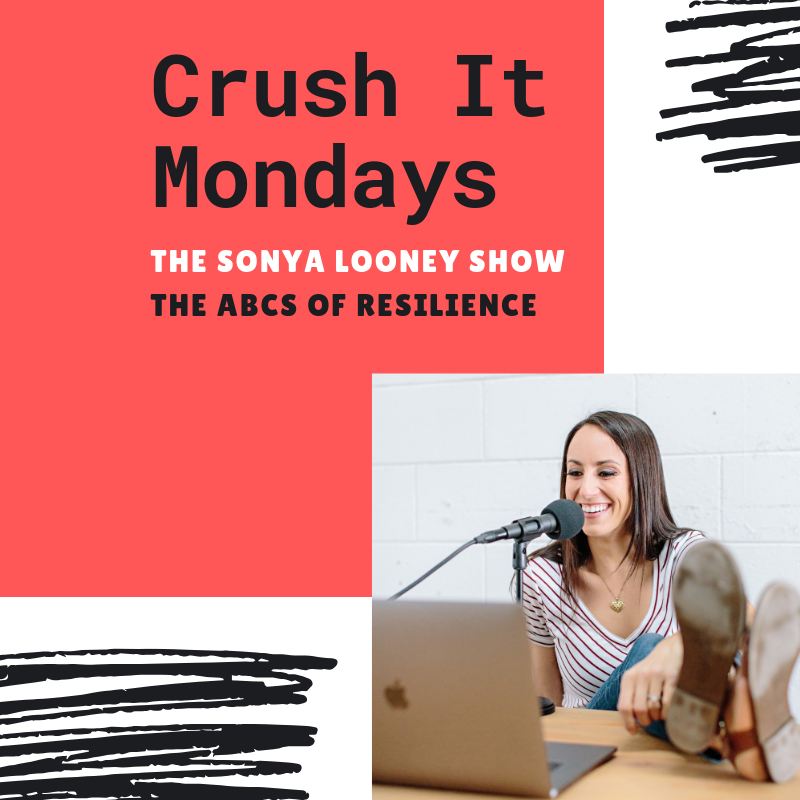 Learn Your ABCs of Resilience | Crush It Mondays

This is an episode of Crush It Mondays.  Each week, I’ll bring to you an inspiring message, habit, or contemplation to get your week off to a powerful start.  In this week’s episode, I want to talk about how our thoughts affect our emotions, and how it can alter the consequences of a situation.

I was prepping for a new format of a speech that I just had the opportunity to give at the Inspired Your Ride event in Nampa, ID.  I have my usual topics I love to discuss, but I came across the ABC Model in Cognitive Behavioral Psychology.  I often think about and discuss the importance of being aware of emotions.  It’s hard sometimes… sometimes you feel disrespected and get angry, sometimes someone says something that makes you feel embarrassed.  And maybe you say or do something that you wish you hadn’t.

In this model, we are going to break down a situation into A,B,Cs.

Let’s start with A.

A is the adversity that you are experiencing. It’s something that happened to cause you stress, make you worry, or just cause an emotional response.

B is the belief about what happened.  It could be why we think it happened, what we think will happen next or even a combination.  It’s our interpretation of the adversity or event.  Often times, due to this belief, we will create limiting beliefs or negative self-talk.

C is the consequence of the belief.  It is your behavior like acting out, excessive rumination, yelling at someone, feeling guilt or shame.

D is the disputation of the belief. Asking yourself- is the belief true?  Can you change your irrational belief?

E is the New Effect of challenging and changing your belief.

The key to putting this to use is actually noting and even writing down when you’ve had a strong reaction or emotion to something.  You can decode what causes you to be reactive and learn how to challenge your beliefs.

I’ll start with a very basic example that applies to bike racing, and then I’ll give a more inflammatory example.

Okay… so I did a 6 day race in Spain last year in February.  The expectations everyone had was that it would be sunny and warm- a nice escape from winter.  If you follow my instagram, you’ve probably seen a photo from this race.  It was sunny for one or two days and then the rest of the race had torrential rain.  So much so that they ended up canceling the later stages (which I actually found disappointing, but realized that safety for those not prepared is a real issue).  So what happened? I wake up and it’s cold and pouring rain.  Adversity.  Of course I would rather ride in nice weather.

So, here is one scenario:

A: it’s cold and raining, and I have to race my bike.

C: I’m really grumpy and dreading the start. I start going down the rabbit hole of negativity telling myself I didn’t come all the way to Spain to ride in the rain, it always rains on me when I try to go somewhere warm, I’m dreading how horrible it will be.  My bike is going to get messed up. I really don’t want to start.  I shut down mentally and given up. I have already lost before I get to the start line.  I probably perform poorly as a result.

Okay, so now let’s challenge that belief. – our disputation: We can’t change A.

D: It’s raining… what else could this mean?  I change my self-talk. It’s going to be an adventure, I’m going to get better at wet riding, it’s going to be a stand out day I’ll never forget, it’s an opportunity to build camaraderie. Today will make me tougher for next time. I’m going to choose to have fun.

New Effect: I go to the start line pumped, mentally ready for anything. I’ve accepted that yes, it will be cold. It will be wet, but I don’t care. I’m still going to give it my all.  Result? I have an amazing day and even get a good result.

I’ve been through scenarios like these so many times that it’s almost autopilot.  My ABC was actually the disputation and new effect because I’ve worked on it over time.

Ok, so what about off the bike?  Let me think of something stressful.

A: You send an important email expressing an opinion to your boss but it’s been 48 hours and you haven’t heard back.

B: You believe you offended your boss. You wind yourself up into thinking maybe you’re going to get fired. You feel angry and disrespected that he didn’t write back when this was clearly a big deal to you.

C: When he does write back or you see him in the hall, you act standoffish and pissy or you act defensive when questioned about anything.

D: Ask yourself – could there be other reasons he isn’t writing me back?  Is he on vacation? Did he get the email? Can I send another email asking if he got it before I fly off the handle?  Was the email I sent actually grounds for getting fired?  You realize you feel anxious because you never get feedback from your boss and don’t know if he is happy with your work.

E: You realize you were just worried about what could happen, but your worries were not based on any facts.  You calm down and act more appropriately. Maybe you even have a separate conversation with your boss to get more feedback on how you’re doing.

There are so many scenarios you can apply the ABCs to, but finding your patterns and also being honest with yourself about your beliefs are the keys to changing self-limiting, negative situations into more useful ones.

Karen Reivich and Andrew Shatte are PhD researchers who have developed this model even further by classifying some common belief-consequence connections.  At first, it might be easier to look at the emotion first to decode beliefs.

If you really want to geek out about this, pick up their awesome book – The Resilience Factor.