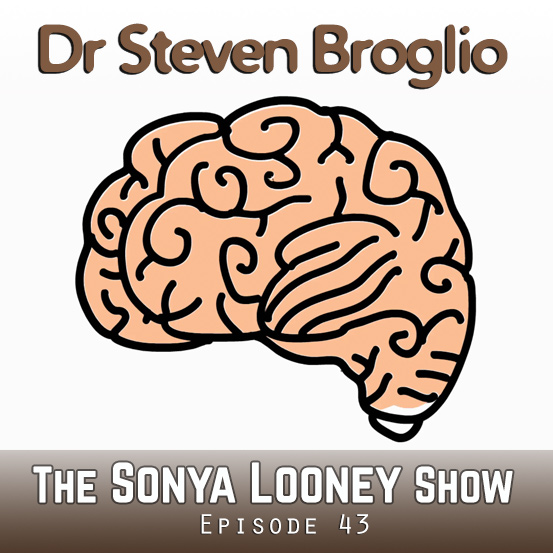 In today’s show, I had the opportunity to speak with a concussion expert with all of the latest cutting edge research. As someone who has had a few concussions myself, learning about CTE (Chronic traumatic encephalopathy) a few years ago was frightening.  I wondered how concussions and the after-effects would impact my life.  My last concussion was in 2016 just days before defending my World Championship title at the 24-Hour Worlds in Rotorua, New Zealand.  I didn’t feel that bad but I had some definite symptoms of concussion.  I wasn’t sure if I should race, after all – it was defending my World Champion title.  It was difficult and probably one of the best decisions I’ve ever made to skip the race.  My husband had an unfortunate injury the year after my experience.  He had one concussion and felt totally fine and was back to regular activity and intensity very quickly.  It was 3 weeks after the first concussion and he was symptom free so he decided to do the race he was signed up for. He had an unfortunate crash and had another concussion.  He had a separated shoulder and was in bad shape and his recovery took months.  I’ve been wanting to talk to an expert in concussion research because a mild traumatic brain injury is serious.  Too many of us go back to activity too quickly or decide it’s not a big deal.  To be honest, kist 2 weeks after my concussion before Worlds, I race a 7 day Enduro (yeah, downhill racing) stage race.  I amazingly didn’t have any serious crashes.  However, in hindset with what I’ve learned, it was a really bad idea.

I wanted to have my questions answered.  In this show, you’ll hear about the myths of concussions in both sports like cycling and football, who to talk to if you think you might have a head injury, what helmets actually do, the signs and symptoms of a concussion and the protocol to getting back to sport, and more.  Our guest today is Dr. Steven Broglio.  His research centers on improving athlete health and safety related to concussion by focusing on injury prevention, early recognition, and management. His research also looks at the long-term effects of concussion on various aspects of motor control (e.g., walking, hand motion, reaction time) across the lifespan.  He is also a cyclist himself.  I was introduced to Dr. Broglio by Dr. Kristin Keim who has also been a guest on this show.

As someone who has had a few broken bones and concussions over my 13 year career as a cyclist, I wanted to stress that racing or pushing yourself hard while injured or concussed is not worth it.  It’s hard to stop yourself. I’ve done a lot of stupid things as an immature athlete who felt she had something to prove.  Fortunately, there were no negative consequences but their could have been.  It’s pretty serious when you’ve injured your brain and it’s not worth risking your most important asset to get in another ride, even if it’s a World Championship!

Get the Gear – My Lifestyle Brand Moxy & Grit (like the unicorn socks, and more!)