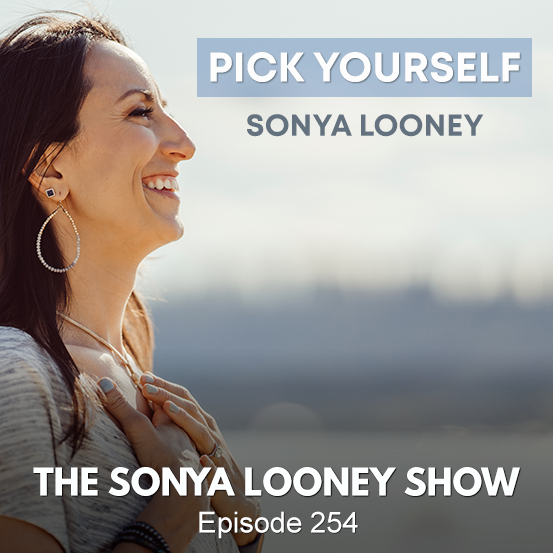 The Power of Picking Yourself

Seth Godin, an author, marketer, speaker, and businessman said, “No one is going to pick you. Pick yourself.”

I recently was listening to the NoMeatAthlete Radio where founder, author, and ultrarunner Matt Frazier was talking about making the NYT Bestsellers list with his co-authored new book: The Plant-Based Athlete.  He talked about wanting the outcome of making the list, but already feeling successful before making the list because of the strong impact the book had on the world and to help serve his purpose.  You can still want the desired outcome, but at the same time, you can also find joy and fulfillment without “making a list” or getting the validation from someone else that you are good or impactful.  He also talked about starting his blog and the “pick yourself” mentality he learned from Seth Godin who mentored him.

I’ve been trying to describe those exact words for years, but could never find an eloquent way to say it.

If Matt didn’t decide to start writing, the thousands (and maybe even hundreds of thousands) of lives would never have been positively affected.

To do the thing- the thing you are dreaming of, you often just have to start.  Imposter syndrome makes us think things like, “who am I to write an article, who am I to try to finish a marathon, who am I to become a World Champion?”  It takes courage to believe in yourself and believe in your dreams because if you’re focused on outcomes, you could come up short.  Let’s go down that path. What if you DO come up short? What if you never make the NYT list? What if you never stand on a podium?  Does that mean that all the work you’ve done was worthless? Most people would say no.  It’s the person and identity you become on the way there. The challenges and big dreams are the most important, regardless if someone else or society “picks you” to say you are great.  The challenges and big dreams are a big part of what gives life substance and meaning. That’s why we like to push ourselves and we feel proud of what we did.

But let me tell you a secret. I’ve always wanted to be picked.  It’s part of being human to want to belong and want people to like you.  Growing up, I was never one of the cool kids. I desperately wanted the popular kids to like me and invite me to hang out with them. I wasn’t even one of the “cool kids” in the band.  Instead of picking me to be a cool kid, the cool kids picked ON me constantly.  No matter what my level of success (I graduated 3rd in my large graduating class, was one of the top tennis players in my school, and was the top flute player in the band from grade 10 on), I still didn’t feel confident. I still wanted nothing more than someone to pick me.

It wasn’t until I decided to train for a marathon when I was 17 that I finally started to care less about fitting in with others.  This was a different goal that I set- one that wasn’t what someone else expected of me. I didn’t know anyone who had ever run a marathon.  Running taught me to become my own best friend.  Going to the gym every day and getting a job also got me out of the limited bubble of the kids at school. I started to like myself and as a result, others started to like me more too.   When I chose myself- to do things for me and not because someone else in my family did it or I thought it’s what I needed to do to “be cool,” things started changing.  The “cool kids” at school became more interested in me.  But I wasn’t interested in them anymore because I didn’t need them.

That was the first time I picked myself.

Over the years, I had to keep picking myself. It’s how I’ve built my career.

It happened again when I became a professional mountain biker. I wished a big team would PICK me so I could have support.  I wanted to feel cool and validated that I had the whole team set up at races, be wearing the T-shirts of a famous team.  But let me tell you- that never happened.  If I had continued to wait for a team to pick me or someone “important” to believe in me, I probably would have kept that ceiling over my head- that I am not good unless someone picks me.

In 2013, I stopped waiting to get picked and I picked myself. I went and got all my own sponsors on my own and made my own program. I finally was a professional, getting paid to ride my bike and I got to choose where and how I raced.

Do I still wish one of those heavily supported teams that get higher visibility in the media? Sure.  But the things I’ve learned about business, about writing proposals, negotiation, finding contacts, networking, and all the other things I’ve built because of it are invaluable. I’m not saying you can’t do those things if you are on a big team, but this was the only path for me and I’m grateful.

The same goes for writing! I wanted the media to pay attention to what I was doing- the adventures and crazy races in places most people have never ridden a bike.  You could argue it was for ego and that is definitely part of it. But more so, I wanted to share the message and example that you are far more capable than you ever imagined. I wanted to share how I would do some of these events because they help bring value to daily life as well.  But that wasn’t happening either.

I picked myself again.

I decided instead of waiting for media to cover me, I’d cover it myself. I would write about my own adventures (and fortunately, all these publications wanted to pay me and publish my stories).  Of course I still wish the media would pick me and write about what I’m doing, but it doesn’t happen often.  I so badly wanted to be on the cover of a bike-related magazine, but instead, my photography made it on the cover of a magazine just last year.

No one picked me to start a podcast or told me they would help me produce it. In fact, I had the audacity to send a message to one of the bigger podcasts (at the time) asking if I could come on the show. The podcast host said yes and I couldn’t believe it! I kept following up, and they never responded to me again. Instead of saying no, they said yes and then ghosted me.  That did not feel good.  I asked myself, “why did I want to go on the show?”  The answer is that I felt I had important things to share, but I realized by starting my OWN podcast that I not only could share my own thoughts, but I could create a space for others too!  Would it ever have the reach of one of the bigger podcasts? Probably not, but the ripple effect of impacting even just one person is massive and more than you know! I also picked myself with public speaking. People ask how I started. I put a tab on my website for speaking and I started going to all the REIs wanting to do talks everywhere I went.

Picking yourself also means that you are doing the thing- bike racing, podcasting, speaking, writing- whatever it is that you are doing, for the sake of the activity itself. You might never get picked by the big organizations or things society deems important. I might never get the blue checkmark on instagram (yes, instagram also does not pick me as someone who is notable).  That hurts for sure, but that’s not why I do it.

Do the activity for the sake of the activity itself. You can want the outcome or validation, but that just becomes secondary.

I think about what would have happened if I had waited for a team to pick me, or a brand or producer to say I should start a podcast, or a publisher to come to me first to tell me I should be a writer, or a speaking agency telling me to be a speaker… or the thing that started it all- for a coach or someone to tell me that I could run a marathon at 18.  My life would be dramatically different.  Not only from the deep groove of self-belief that has been etched in, but most importantly- from the lives I have been able to touch and people I’ve been able to help along the way. That is why I get out of bed in the morning- because I believe we have agency over our lives and it starts with picking yourself.  As you can see, some of my biggest rejections (NOT getting picked) have lead to the biggest amounts of growth and opportunity.  When I feel stuck, I remember that this is part of the path. Feeling stuck, but still doing the work for the right reasons always compounds into something meaningful, even if you don’t know what that is.  Being stuck can feel like sitting in the valley fog and once that fog clears, you see the path to the peak of a mountain.  Once you get to the peak? You realize there are thousands of other peaks and some of them don’t even have a trail to get there.

One asterisk I will include is that no one does it alone. Someone did have to pick me to agree to my pitches for stories, or to accept my proposals for sponsorships. I had supporters who believed in me along the way, but I had to believe in myself first, even when one (not even my family) believed in me.

My question for you this week is – are you waiting for someone to pick you in order to go for a goal or a dream you want?  Especially with the times we live in, you can pick yourself for just about anything.  I’ll leave you with a quote from my husband, Matt Ewonus, that I think about weekly:

“Have the courage to believe you are worth it.” 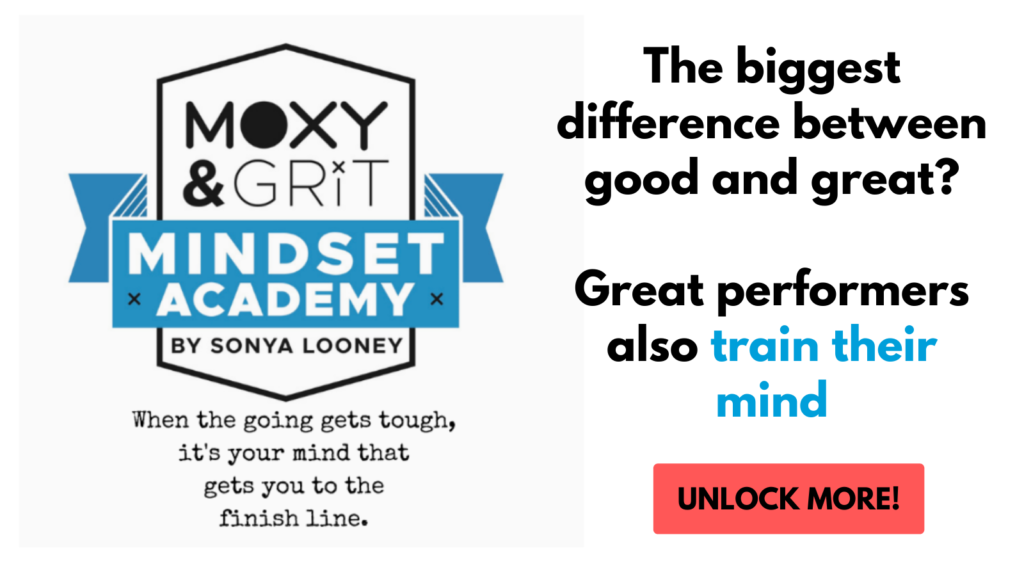