By Sonya LooneyJune 21, 2019July 14th, 2022No Comments
I’m super excited about today’s guest: Caitlin Landesberg formerly Caitlin Looney.  We aren’t sure if we are related but if our interest in business, endurance sports and beer are any indication, then I’d say we are sisters!  I love today’s special story because it’s one of transparency, inspiration, hard work, and courage. Caitlin is a former college tennis player turned trail runner.  Caitlin was diagnosed with an autoimmune disease rendering her unable to consume gluten. That meant her favorite post-run beers were off the list.  She couldn’t find a good tasting gluten free or gluten removed beer, so she took it upon herself to learn how to brew her own beer. Outfitted with a homebrew kit that was a gift from her husband and a can-do attitude, she got started.  What happened next was as she calls it “a happy accident.”  Her recipes became wildly popular and in high demand. She founded her company, Sufferfest beer that was beer for athletes. Upon inspection, I found that the beer had delicious twists to like black currant or sodium to help aide recovery.   Another thing you may not know is that Caitlin was one of Strava’s first employees and the former Director of Marketing.  Armed with knowledge of how to build a brand and how to build community, she applied what she learned and has created a wildly successful business. In this episode, you’ll learn how she built Sufferfest beer from nothing, how to build community, what is gluten removed beer, some of the interesting rules in the beer industry, how she dealt with setbacks, the acquisition of Sufferfest by Sierra Nevada, the difficult duality of being a mom of very young children and a CEO, and we even talked about pregnant athletes and pregnant career women and what that is like. 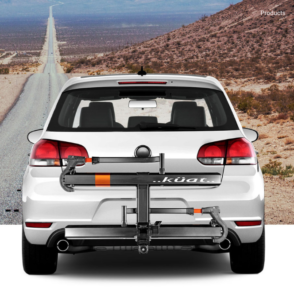 If you would like to support the growth my show, I’d love your contribution on.  Patreon.  The current production of this free show is primarily supported out of my own pocket and a small portion is covered through the donations on Patreon. With my Patreon page, you can donate directly to the show which will help me cover the costs and help it grow! Even 4 bucks a month- the cost of one coffee per month helps a LOT! Thanks, I really appreciate your support! Crowdfunding on Patreon – thank you! Shop my products!  Leave a review or share on social media