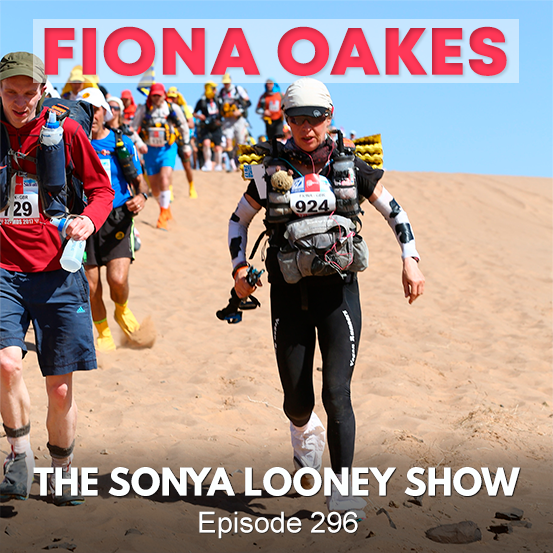 By Rebecca NavehApril 22, 2022No Comments

Fiona Oakes is an elite marathon runner, who has completed over 100 marathons and finished in the top 20 in two of the world’s Major Marathon series, winning the Main Start and placing in the top 20 in the Great North Run. She holds four Guinness recognized World Records in endurance events including being the fastest woman to run a Marathon on every Continent. But Fiona doesn’t consider herself a great runner. All of her runs and accolades are in service of a greater purpose – care and love for animals.

Fiona is a vegan. Helping others understand the reasons behind her lifestyle drives her to participate in runs around the world.

Fiona became the first vegan woman to complete the Marathon de Sables – a race she has completed twice more since – and in 2013 won the North Pole Marathon and its ‘sister’ race the Antarctic Ice Marathon.

She also runs to bring awareness to her animal sanctuary – Towerhill Stables Animal Sanctuary – which she founded in 1996.

Fiona is the subject of a documentary called Running for Good and is the author of a book of the same name.

In this podcast, Sonya and Fiona talk about her pursuit to promote veganism, her career as a runner, and her love of animals.

“…to prove that being vegan, you could be strong, you could be healthy, you could do great endurance feats, and it wasn’t prohibitive to your wellbeing to be vegan. So I kind of thought that if I could complete a marathon, compete in one and hopefully complete it, that proved definitively what I want to show the world that being plant based isn’t stopping me from functioning in any way. And if I can run a marathon, which at the time, was kind of been billed as the toughest event in the athletic calendar, it’s not going to stop you out there from doing anything either. So that’s kind of how I fell into running.”

How does the InsideTracker blood test work?